There are a lot of terms we use in casting and in the movie-business in general.  Here is a list of definitions which may be helpful in understanding the process.

Talent: Anyone working in front of the camera or microphone.

Crew: Anyone working behind the camera or microphone.

Cast: Actors who perform (usually speaking roles) under the direction of the Film Director. Other terms for cast: principal, lead, supporting, or day player.

Slate: Information an actor gives at the beginning of a recorded audition. It usually includes their clearly spoken full name and talent agency. If an actor isn't affiliated with a talent agency, they will usually say "independent." Minors are encouraged to also state their age.

Extras: People who fill a scene to make it more realistic (no lines). They must also perform simple tasks as directed by the Director or the A.D.’s (Assistant Directors). Another term for "extra" is "background actor."

Principal Player: A cast member who fills a lead role and around whom the plot revolves. This often means working on set for the majority of the shoot.

Supporting Player: A cast member who fills a supporting role in the film.

Day Player: A cast member who fills a minor role, often with only one day of shooting.

Featured Extra: An extra (non-speaking) who has a special role to play. This person may have a unique appearance or special skill required for the film-story.

Background Actor: This is the same as an Extra.

Voice Over: An off-camera recording of narration or drama. Voice only.

ADR ("Automated" or "Automatic" Dialog Replacement): Also known as “Looping.” If audio recorded during a scene is unusable -- usually due to extraneous noises during a performance (cars, planes, crying babies, etc.) -- an actor re-records their vocal performance in sync with a final cut of the film. In some cases, an actor's voice may be entirely replaced by another actor. For more information about ADR, you may visit: http://filmsound.org/terminology/adr.htm

Walla: During sound editing (part of post-production), there may be a need for crowd noises during some of the scenes. Walla is a group of people together in a sound studio making various crowd noises as directed. For more information about Walla, you may visit: http://en.wikipedia.org/wiki/Walla

• Create an LDS Account (required before applying for projects)

• Become part of our Talent Database

We are the office primarily responsible for casting productions for the LDS Church Publishing Services Department, located in Provo Utah at the LDS Motion Picture Studio. 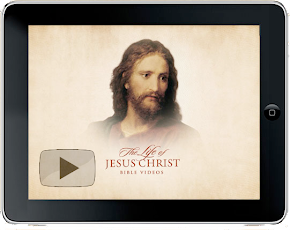 Watch videos from the New Testament project at BibleVideos.LDS.org